Barbie and supplies. The outfit on the doll was sold under the name “Poodle Parade”. The “Red Flare” outfit in the forefront of the picture was inspired by clothing worn by Jackie Kennedy. Photo: Markku Haverinen, Finnish Heritage Agency.

The manufacture of Barbie dolls started in the Unites States in 1959. The doll was developed by Ruth Handler, who named it after her daughter, Barbara Millicent Roberts, called Barbie. At the time, most dolls represented babies or children, but Ruth Handler noted that her daughter preferred to play with paper dolls representing adults. Ruth Handler and her husband Elliot developed the adult-bodied Barbie doll based on the adult-bodied German Bild Lilli doll.

The Barbie doll also came to Finland soon after. The National Museum’s collections do not include a Barbie from the very first years, but there are three Barbie dolls from the 1960s. All three are of the “Bubblecut Barbie” type. The name comes from the doll’s hair, a round “bubblecut” hairdo that was in fashion in the early 1960s. Bubblecut Barbies were made in 1961–67. The dolls were modelled after the film stars of the time, such as Elizabeth Taylor and Kim Novak.

The third Bubblecut Barbie has red hair, and unlike the other two, it came to the collection with an extensive wardrobe. The doll also has a replacement head and three wigs, which may have belonged to a Fashion Queen Barbie, a model that was made for a short period of time in 1963–64. This Barbie model’s speciality was replacement wigs. The Barbie’s clothes included, for example, the Red Flare outfit, a cape-like velvet coat and hat. Its manufacture started in 1962, and the outfit was inspired by Jackie Kennedy. Other outfits included the Poodle Parade and Golden Glory sets from 1965.

The person who donated the red-haired Barbie for the collection had purchased it from a toy shop with her savings. At the time, Barbies had just arrived to the Finnish market. The donor received store-bought Barbie clothes as presents from her mother and brother and also purchased some herself. Some of the clothes were sewn by the donor’s mother. It was quite usual for the owners of Barbie dolls to make clothes for their doll themselves or for their mother or siblings to make them. With the popularity of the “official” Barbie dolls made by Mattel, many similar dolls were also introduced. At least in Finland, “barbi” became a common noun used for all such dolls.

Barbie – The Icon exhibition will be at the National Museum of Finland from 27 April to 26 August 2018. 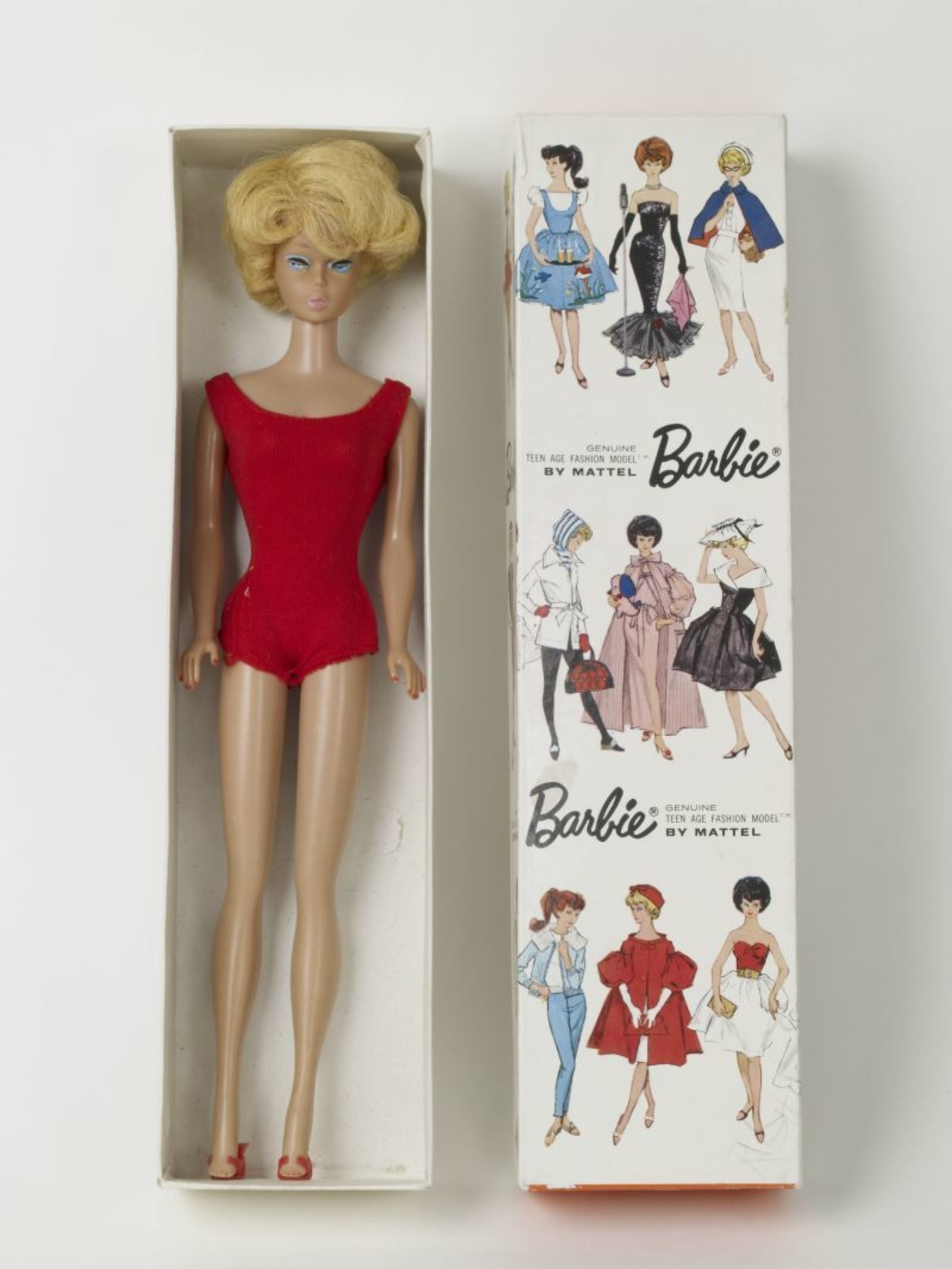 Bubblecut Barbie from 1964–1965. The doll’s hair has a side part and curl, demonstrating that it was a model manufactured especially for the European market. Photo: Markku Haverinen, Finnish Heritage Agency.